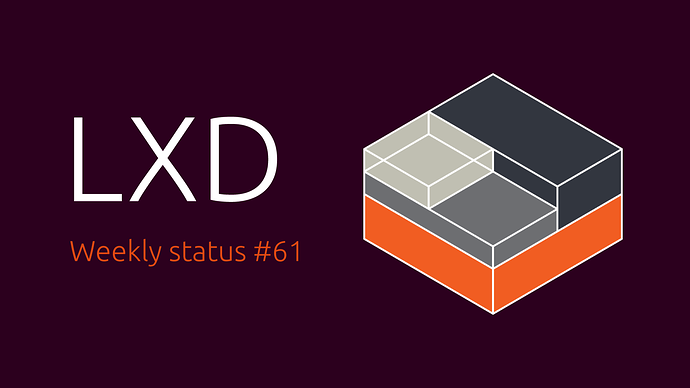 This past week was rather busy for the LXD team, we started by landing a number of last minute improvements right ahead of LXD 3.4. On Tuesday we released LXD 3.4, shortly followed by a 3.0.2 bugfix release for LXC, LXD and LXCFS on Thursday.

In addition to all those releases, a lot of code cleanups and bugfixes have gone in LXC and LXD also got its shared of bugfixes.

After dealing with a number of rather annoying issues that showed up with the LXD 3.4 release, we’re now back to preparing the release announcements for the bugfix releases and hope to have them all up shortly.

@brauner and @stgraber will be traveling to Vancouver, BC this weekend, attending the Linux Security Summit followed by the Open Source Summit North America where we’ll be giving a LXD workshop. If you’re attending either of those events and want to catch up in person, get in touch!