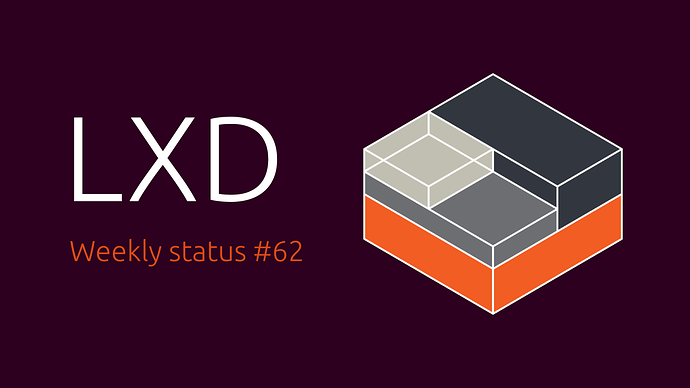 The main focus this week was on processing bug reports on our latest set of releases and get the packaging in order for the bugfix releases so they can make their way to the various distributions.

We’ve also done some rework of LXD features around backups and extended our migration protocol a bit to better deal with transfers between LXD releases.

As for bigger features, we’re making good progress on our new snapshot API for custom storage volumes and also have most of the API and database part of LXD projects sorted out.

This week, most of the LXD team is in Vancouver for the Linux Security Summit and the Open Source Summit, so expect development to be a bit slower than usual.