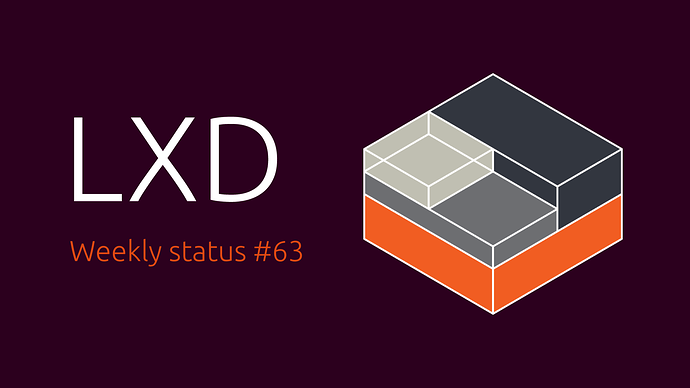 This week was extremely light as far as upstream activity since most of us were in Vancouver for the Linux Security Summit and Open Source Summit or were on vacation.

We still got to track down and fix a few bugs and @freeekanayaka kept on working down the list of LXD clustering improvements and tweaks.

The 3.0.2 set of bugfix releases are slowly hitting more and more users. For Ubuntu users, the update is currently on hold due to a glibc update which is taking its time in the development release. Once that’s unblocked, we’ll start pushing 3.0.2 to the various stable releases.