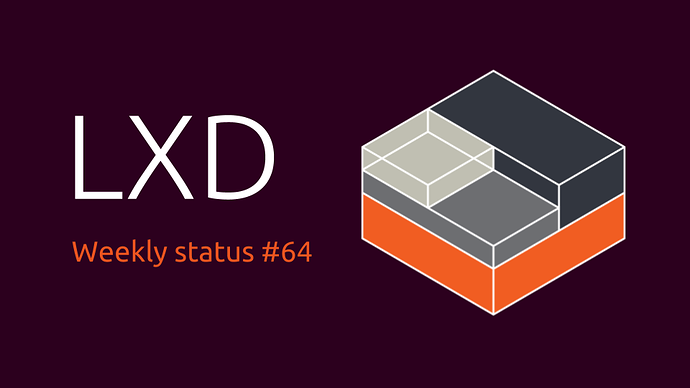 Another pretty quiet week for the LXD team as half the team was traveling.

The focus for this week has been on finalizing a number of features for the upcoming LXD 3.5 release as well as continuing the work on LXD projects.

On top of that feature work, the snap packages got refreshed and a number of bugs in LXC and LXD got fixed.

Still not seeing the updated packages in the proposed repo or on launchpad.

That’s because all 3 packages are in the review queue waiting for someone on the stable release update team to review and let them into -proposed. Sadly not much we can do at that stage but wait and see.

The CVE has been fixed in Ubuntu for weeks already. Ubuntu pushed a patched version of LXC at the exact time the CVE was made public, so the updates we’re pushing now are just bugfixes, no security content.