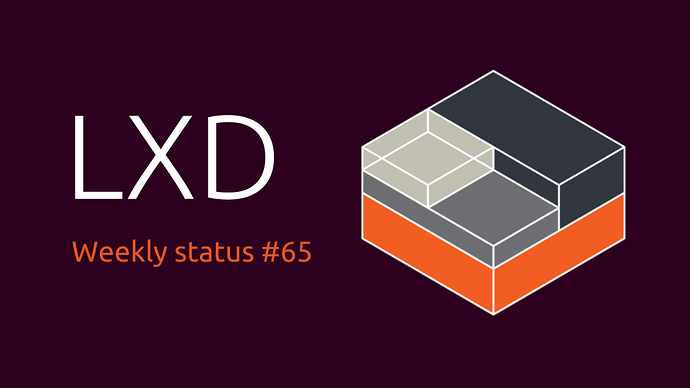 This past week’s focus was on preparing and releasing LXD 3.5.

With that out of the way, we went back to focusing on LXD projects and some ongoing storage related work.

The LXD team is now spending the week together in Brussels, Belgium getting some of our current features in shape and planning for the next 6 months.