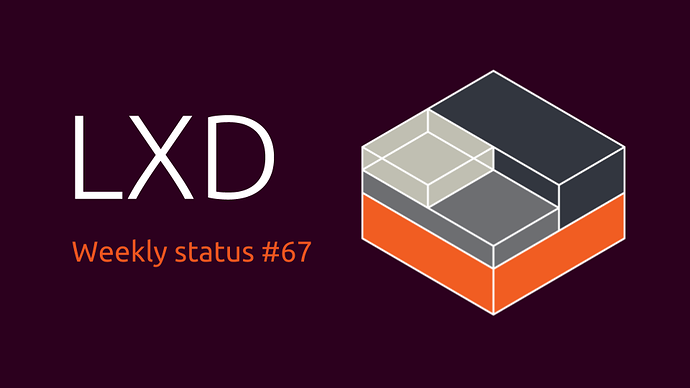 This week was pretty quiet as most team members were taking some time off or were traveling again to conferences.

We still got to fix quite a few bugs, updated some documentation and implemented some minor features and improvements here and there.

A bunch of work also went into the LXD snap, fixing some issues here and there, backporting a large chunk of bugfixes and preparing for it to switch over to socket activation for everyone.