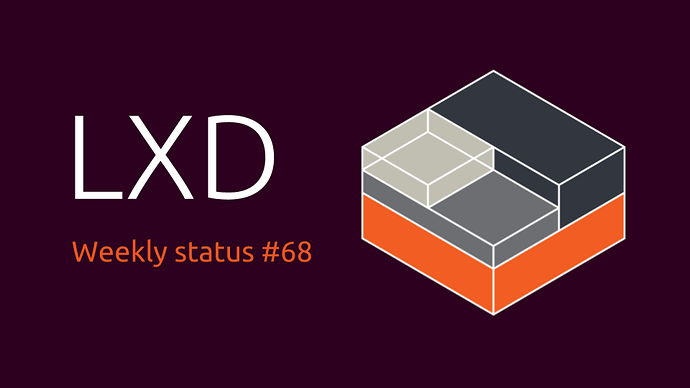 This past week was focused on getting LXD 3.6 ready for release.

Many bugs were fixed in both LXD and LXC and some of the milestoned features haves now landed, like the uevent injection for USB devices and the long awaited LXD projects.

We also got to work on some smaller pieces of work like supporting encrypted TLS keys in the LXD client and adding support for new netlink flags.

Now to get the release out the door and get started on LXD 3.7!