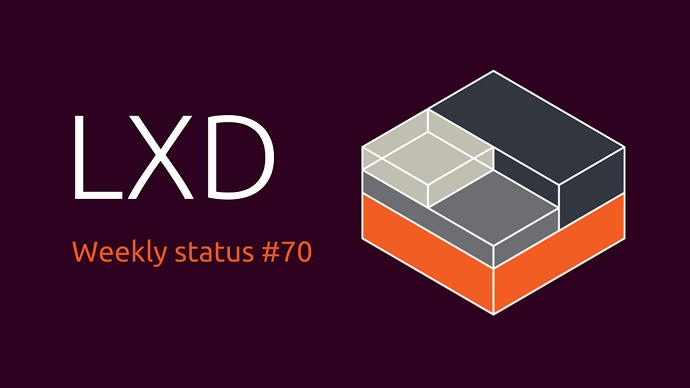 Following the release of LXD 3.6 last week, this week was focused on rolling it out to our users, fixing a number of issue along the way, mostly around the newly introduced project feature.

Work has also continued towards getting incremental container copies with a pull request now being open for review.

On the LXC side, more hardening was added to the codebase and a number of bugfixes landed.