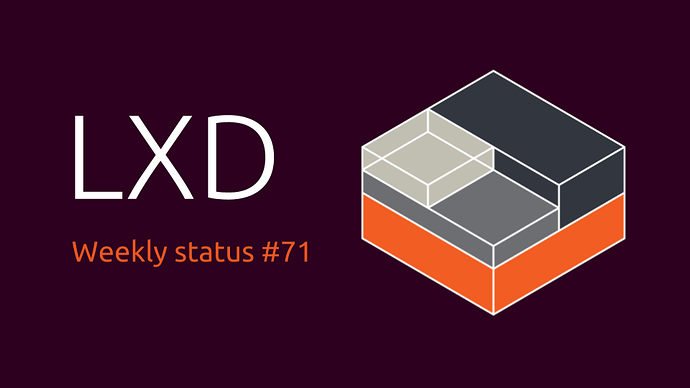 This past week was pretty quiet due to half the team traveling to various meetings/conferences.

We have now a pretty solid plan for the next 6 months of LXD development which will soon be reflected on Github by the addition of more milestones and targeted feature work.

We’ve also been busy fixing a number of issues reported around the recently added project feature and are making good progress on some upcoming work for LXD 3.7.