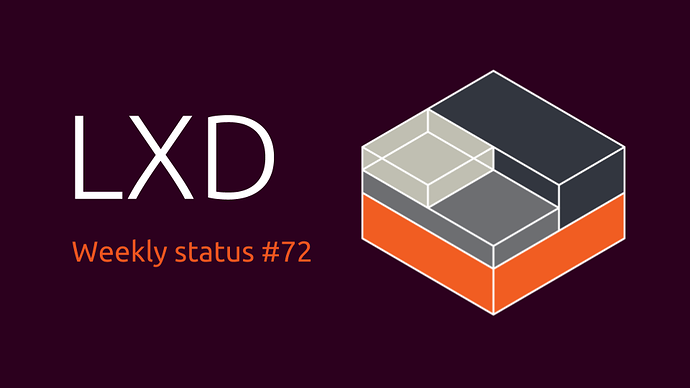 This week’s focus was on getting a few things sorted ahead of the LXD 3.7 release and fixing a number of bugs and smaller feature requests.

On the snap front, we’ve reworked the store listing for the LXD snap and have been updating the snap with bugfixes.

The LXD team is also getting ready for next week, where the entire team will be traveling to Vancouver, Canada for the Linux Plumbers Conference where we’ll be running the containers micro-conference on Tuesday. Looking forward to seeing everyone over there!