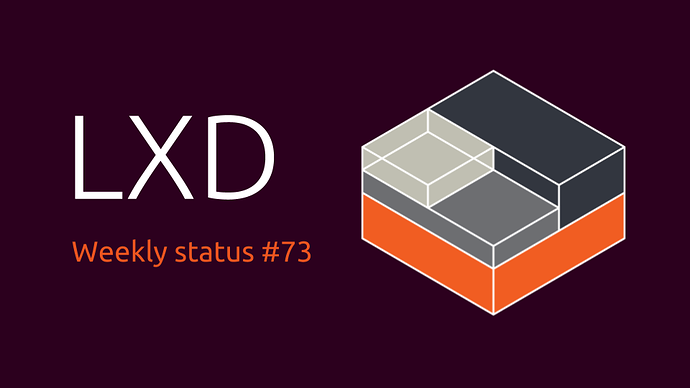 Our focus this past week was on finishing up the container refresh feature for LXD 3.7, then fixing a few more minor bugs before we finally released LXD 3.7 on Thursday.

This was followed by the usual amount of packaging work to get this new release to our users, finishing with it being promoted to the stable channel today.

This week, the entire LXD team is travelling to Vancouver, BC for the Linux Plumbers Conference and Kernel Summit. If you’re over there, come say Hi, we’ll be running the containers micro-conference. If you’re not, you you should expect us to be slightly less reactive than usual since we’ll be pretty busy over there.