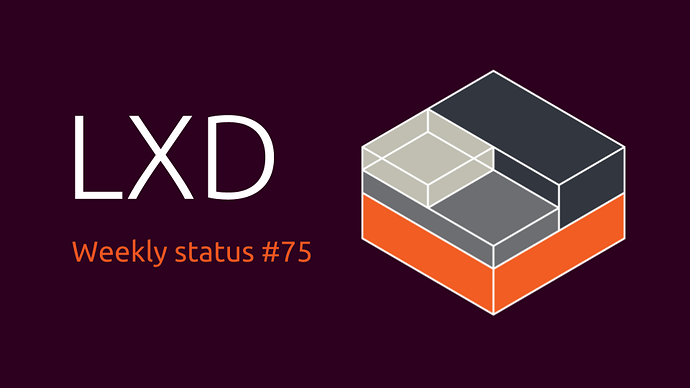 This past week was pretty busy for us. We first started by catching up on any remaining backlog in our stable branches, in preparation for the 3.0.3 bugfix release which was put out on Thursday.

We’re also busy working on some kernel features to make it easier to use Android with LXD and to improve overall container performance, 2019 will be an exciting year for containers!