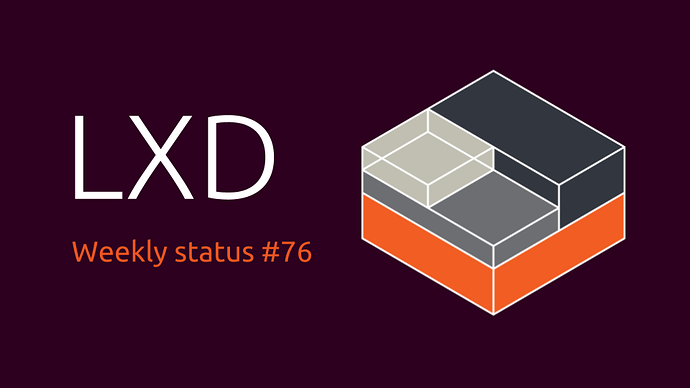 Most of this past week was spent on cleaning up some of our storage code, fixing a few issues here and there, pushing the new bugfix releases in a number of places and updating our CI environment.

On the feature work side, we’ve been busy implementing namespacing for Android binder devices in the kernel, which will make it significantly easier to run Android containers on LXD.

We’re also doing a bunch of work on our distributed database, dqlite, fixing bugs and reworking some of its internals. One clustering feature that’s been worked on is decoupling the cluster address from the client address.