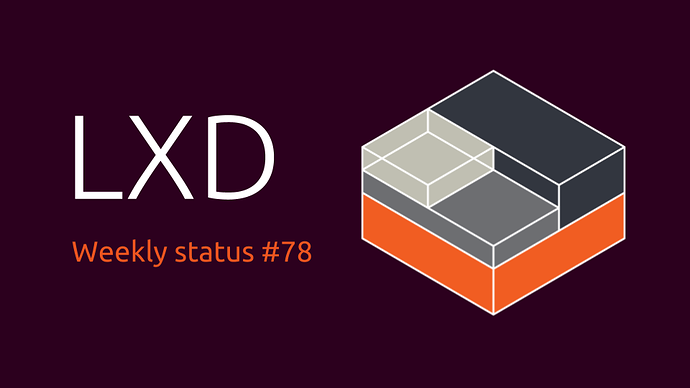 The highlight for this past week is the release of both LXD 3.8 and LXC 3.1.

We’ve then been busy updating packages and pushing those two releases everywhere as well as handling a few bug reports by early adopters.

Other than keeping up with bug reports, we’re also still busy reworking the internals of LXD storage, getting ready for a 1.0 release of dqlite and actively working on a number of kernel patchsets.

On the conference front, we’ve closed the FOSDEM CFP on Friday and are busy reviewing the very many submissions we’ve received. A full schedule should be published by the end of the week.