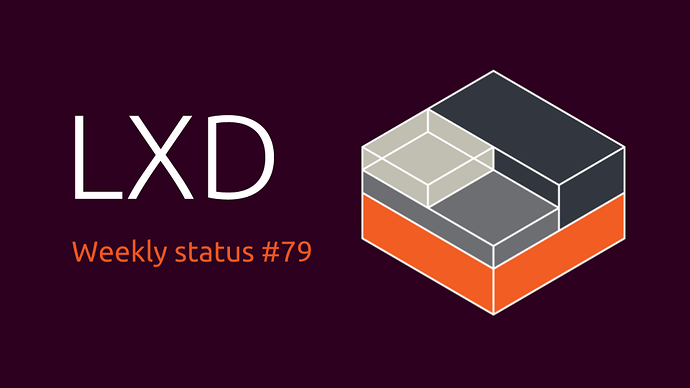 The LXD team was on break for the past two weeks and so we haven’t published weekly updates.
As a result, this update will cover the end of 2018 as well as the first week of 2019.

@brauner’s work to namespace the binder subsystem has now been merged in the upstream kernel!

On the LXD front, we’re getting ready for the LXD 3.9 release this week which will primarily be a bugfix release on top of LXD 3.8 due to the limited development time with the holiday weeks.

For LXC, we’re getting ready to release the tenth bugfix update for the 2.0 LTS series, this will contain a very large selection of bugfixes accumulated over the past couple of years and should fix all user reported issues with LXC 2.0 that we’re aware of.

It looks like we’ve also finally worked out the last few details of moving CentOS image generation over to distrobuilder and will likely flip the switch later this week. This should be completely transparent as old and new images are virtually identical.