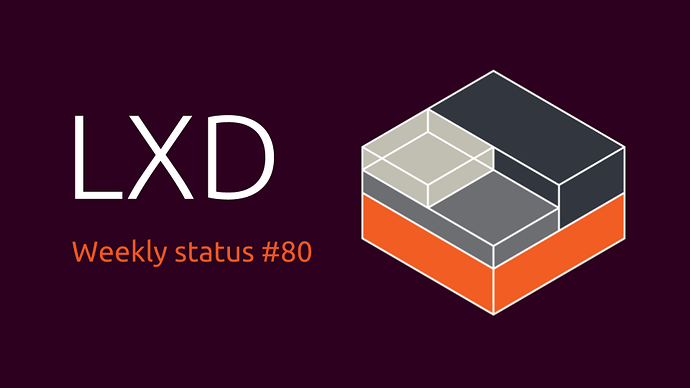 This past week we released LXD 3.9, updated the LXD snap accordingly and been going through bug reports from the holiday period.

Half of the LXD team then headed down to South Africa for a week of planning meetings, making this a pretty quiet week for us as far as upstream work.