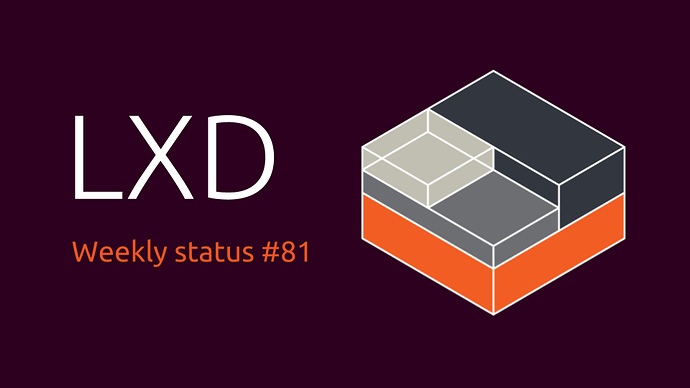 A reasonably slow week as @brauner and @stgraber were in Cape Town to discuss the next 3 months of LXD development and collaborate with some other teams within Canonical.

The rest of the team kept on working on DQLite 1.0, cleaning up our storage code, implemented container snapshot expiry (pending review) and fixed a few issues with distrobuilder.

With our CentOS images now built through distrobuilder, we’ve now added support for those images on aarch64, i386 and ppc64le. The only architecture left is armhfp which requires a bit more logic in distrobuilder to work properly.

We’re now looking at our ArchLinux and Sabayon images as the next round of images to switch over to distrobuilder.

On the LXC front this week, we got a few Android fixes, making it easier to run LXC containers on Android phones, tablets and other devices.

We also fixed a pretty rare but annoying issue in the LXD Go client which would hit following a network disconnection and cause hangs when waiting for a background operation to complete. Thanks to the Juju team for tracking down the issue!