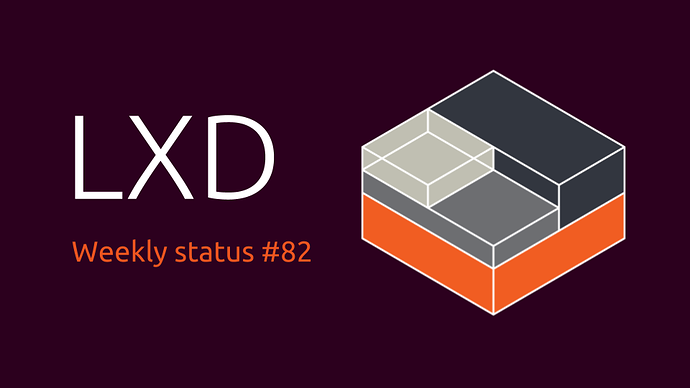 This week’s been pretty busy on the LXC side with quite a few bugfixes landing as well as some activity in LXCFS for CentOS support.

Still on CentOS, we’re now producing armhfp images for CentOS 7 thanks to a recent change to distrobuilder to support those images.

On the LXD side, @monstermunchkin has been working on snapshot expiry and we’ve been busy investigating some bug reports.

This week, @brauner and @stgraber are traveling again, this time to Brussels where we’ll be working together for a couple of days and then be running the containers devroom at FOSDEM over the weekend.

If you’re in Brussels for FOSDEM, let us know and we can meet or drop by the containers devroom on Sunday!