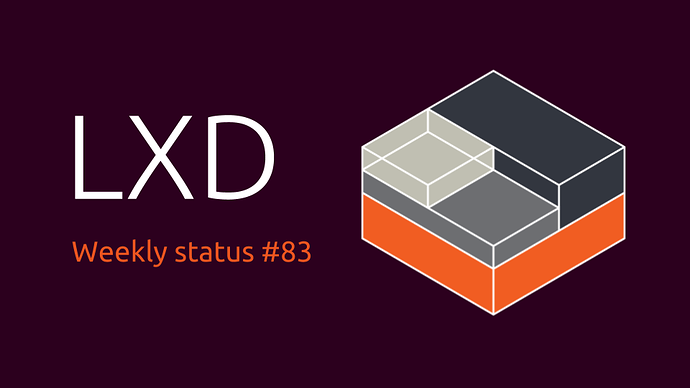 Weekly Update Templates.png960×540 47.6 KB
Weekly status for the weeks of the 28th of January to the 3rd of February.

This week saw quite a lot of work going into LXD, including support for snapshot expiry (very useful for automated snapshots), a couple of UX tweaks and quite a few bugfixes and backend work.

@brauner and @stgraber were also both in Brussels for a few days of work followed by the weekend at FOSDEM including running the containers devroom all day Sunday.
Videos are currently being edited and should be available on youtube and on the FOSDEM website later this week.

On the LXC side of things, a few tweaks were done to the CGroup handling code and we spent a few hours designing our future integration for the syscall interception in userspace now that the kernel work from Tycho has been merged upstream.