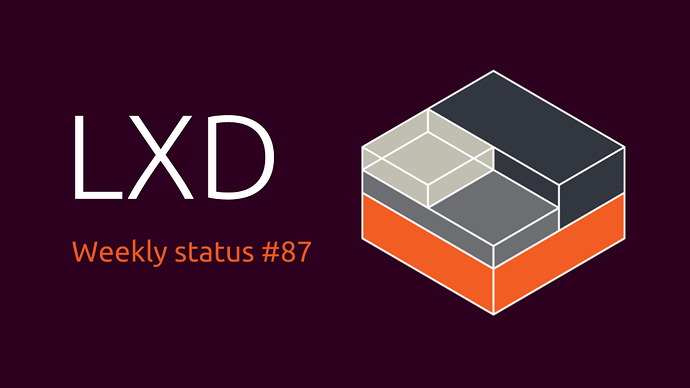 Last week, the entire LXD team was meeting in person in Malta for a week of planning and working together.

We mostly focused on fixing a number of LXD bugs, added two new distributions to distrobuilder, made some good progress on shiftfs and did a bunch of brainstorming for upcoming LXD features and refactoring.

Starting last week, both OpenSUSE and Oracle Linux images are now handled through distrobuilder, leaving only Plamo Linux and Ubuntu Core on the old build system.

Now with that behind us, the next milestone is LXD 3.11 to be released later today!