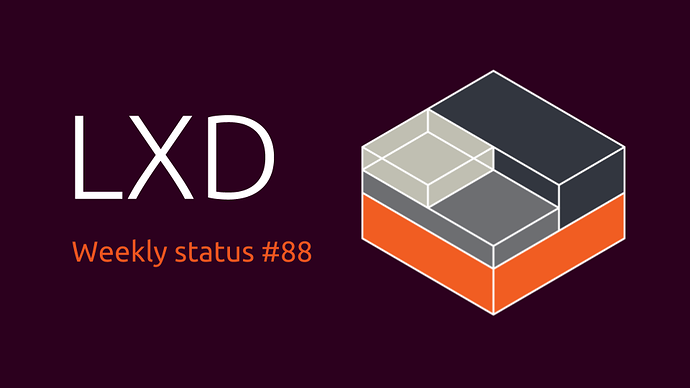 The highlight of this past week was the release of LXD 3.11!

The rest of the week was then spent tracking down issues, fixing bugs and working on bigger features like shiftfs, RBAC and Dqlite 1.0.

On the image building side, no new distributions were added this week, though OpenSUSE 42.3 images have been re-introduced following user requests.

We’ve also been doing a few changes to distrobuilder and our build infrastructure to hopefully significantly reduce the amount of manual interventions needed to operate it day to day.

Next week, Christian Brauner (@brauner) and Stéphane Graber (@stgraber) will be in San Jose, California to attend and present LXD clustering at GTC 2019.