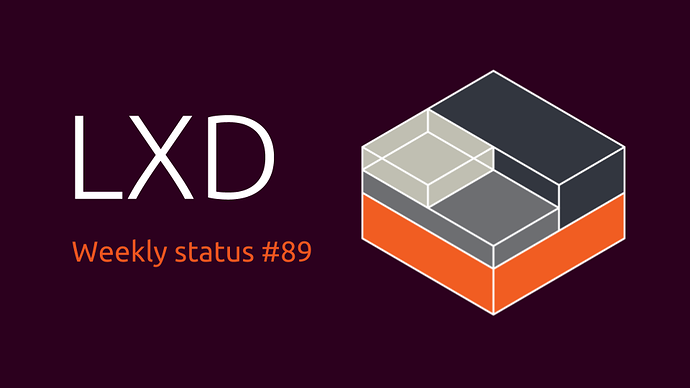 This week, we spent some time improving LXD’s handling of targeting in LXD clusters and improved the resources API so that information about individual cluster members CPU, RAM, GPU and storage can easily be retrieved.

The result with the edge snap should look something like:

Aside from that, we’ve been busy improving our CI environment for all our projects, been doing quite a bit of kernel work for shiftfs and ongoing work on DQlite 1.0.

@brauner and @stgraber from the LXD team are in San Jose, California for NVIDIA GTC 2019.

We’ll be presenting on Thursday morning:

If you’re attending and would like to meet up and chat, let us know!

Canonical also has a both (#1420) which you can go check-out and get LXD stickers from.