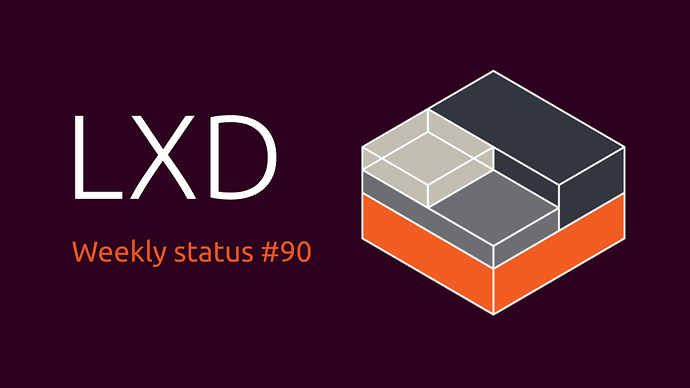 Publishing this a couple of days late due to travel back from NVIDIA GTC last week.

Quite a lot of small improvements happened over this past week.

We improved the clustering experience some more by now exporting information about GPUs through the resource API, expanded the existing CPU logic to give us the NUMA node IDs of CPUs and GPUs and also now exporting a list of additional kernel features that LXD can make use of.

On the distrobuilder side, we now have support for Plamo Linux and ALT Linux, both of which should be turned on later this week. This leaves us with just Ubuntu Core which needs support added to distrobuilder before we can completely turn off the old infrastructure.

Our shiftfs kernel work is now headed for inclusion in the Ubuntu 19.04 kernel and support for it in LXD is progressing well with it hopefully making it in LXD 3.12 next week.