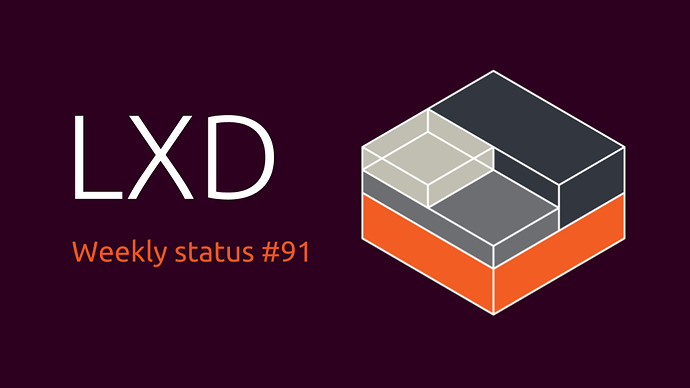 The focus of this past week has been with landing shiftfs both in the Ubuntu kernel and in LXD.

The LXD side has now been merged and will be part of LXD 3.12, the kernel side is going through final review but should be included shortly. We expect some other distributions to pick up those patches though we do not expect them to go mainline in their current shape (where a VFS based approach may be preferred).

Other than shiftfs, we’ve also been busy fixing a variety of other bugs, tracking some memory leaks going on in LXD (or possibly dqlite) and adding more distributions to distrobuilder.

Plamo Linux builds using distrobuilder have been added to Jenkins but currently fail on Intel 32bit, once that’s sorted, we’ll switch over and look at adding Alt Linux next.

Coming up too is LXD 3.12 to be released later this week once we have a few last minute issues and improvements included.