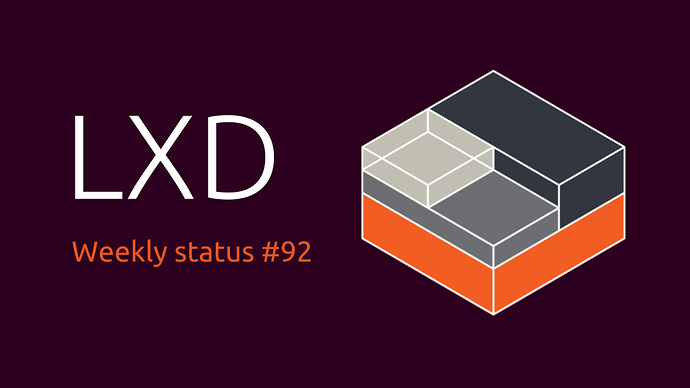 The focus this past week was the release of LXD 3.12.

We also got to transition Plamo Linux over to distrobuilder and added Alt Linux to the list of images we produce daily!

The rest of our work was mostly bugfixing with some efforts going into looking at LXD’s memory footprint, code consistency and a variety of storage related fixes.

On the LXC side, we mostly saw bugfixes around our network handling code.