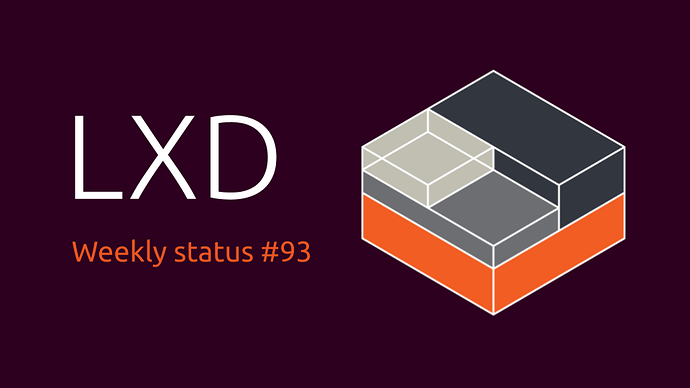 This week was pretty interesting for a few reasons.

We started off by doing some clustering benchmarking, finding some areas for improvement as we scale LXD clusters to a large number of members and already fixed some performance issues as a result of it.

We also started getting our first real world results of shiftfs, finding a number of problems with it and fixing them. We’ll be doing a full call for testing with more details on it later this week before switching it on by default for all LXD snap users in the coming months.

We then added support for ext4/xfs project quotas to LXD, allowing for the dir backend to use quota and consumption reporting now.

And finally did a number of bugfixes related to storage, memory/resource leakage and started adding a few requested features to our network handling code.

This week is Ubuntu 19.04 release week, which will include LXD 3.12 and kernel support for shiftfs.