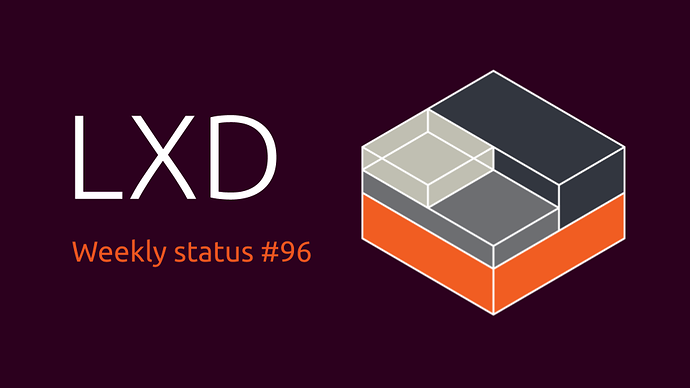 This past week’s focus was on a number of networking improvements in LXC that will soon make their way to LXD as well as some performance improvements on the LXD side.

On top of that, we spent quite some time working on all the pieces that enable system call interception with the liblxc support now done, libseccomp support merged upstream and a pull request now ready for review on LXD.

This week we’ll be releasing LXD 3.13 which is going to be a pretty packed release on both the feature and bugfix fronts!

I see that ipvlan has been merged and also l2proxy.