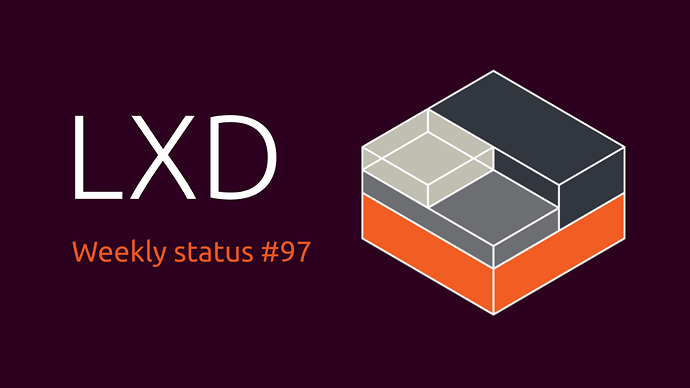 The main highlight for this week was the release of LXD 3.13!

This includes some last minute feature additions like IPVLAN support and the syscall interception work. We also got to fix some last minute issues around clustering, CEPH and did some cleanup just before the release.

We are now looking at updating our stable branches with 3.0.4 in the horizon. After that’s out of the way, we will be transitioning to dqlite 1.0 and handle any needed transition/bumpiness that it may cause.