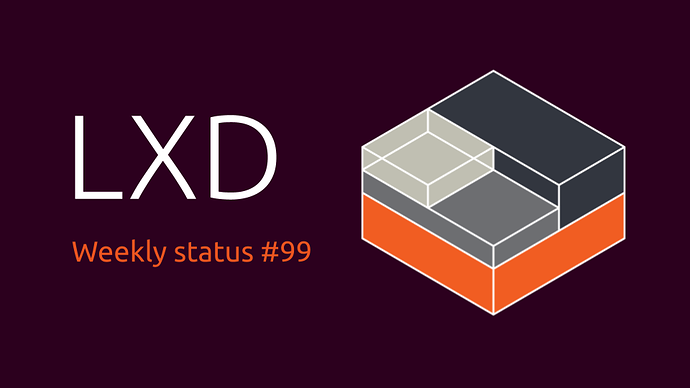 This week saw some initial work to add OpenWRT to the image server with initial contributions to distrobuilder.

LXCFS now has support for initial masking of /sys/devices/system/cpu/online, the first file in /sys getting handled by LXCFS.

On the LXC and LXD side, we’ve mostly been busy with bugfixes and catching up on the backporting backlog for the upcoming 3.0.4 releases.