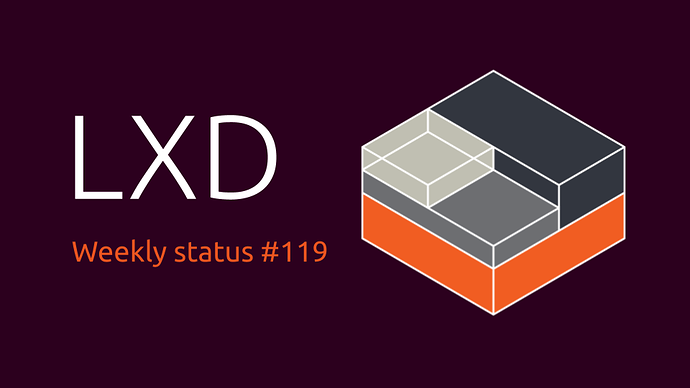 This past week the focus has been on moving parts of LXD into their own Go packages so that they can be accessible from both the existing container implementation and the future virtual machine instance type. The storage layer is also being reworked to support VMs.

Support for compressing container backup exports was added to LXD. You are now able to specify the compression algorithm that will be used to compress the exported backup with the --compression flag. Also backup related, a bug was fixed related to backup expiry not working.

Several other reliability improvements have been made relating to storage I/O limits, cluster database upgrades and IP filtering when launching containers concurrently.

On the LXC side, several documentation improvements have been added.

LXCFS has seen an improvement to the way CPUs are counted when using CPU sets in LXC.

Distrobuilder has also seen several documentation additions this week and Centos 8 and Linux Mint images are now available from our image server.