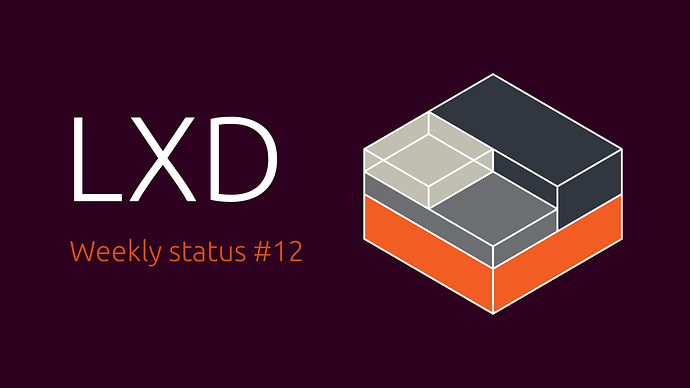 This week saw the release of LXD 2.17 and it’s now quickly rolling out to our users.

We’re still very busy with preparation work for LXC 2.1 with a tentative release date of Monday next week.

A lot of work has gone into our snap package, including Open vSwitch support, a number of new configuration options and debug options. We’ve issued a Call for testing on Friday and effectively consider our snap package to be equivalent to our traditional native package.

The rest of the week was spent working on bugfixes and various code refactoring as needed by current feature work.

Christian Brauner (@brauner) and Stéphane Graber (@stgraber) will both be present at the Open Source Summit Europe in Prague this October.

We have a number of LXD and system containers talk there too!