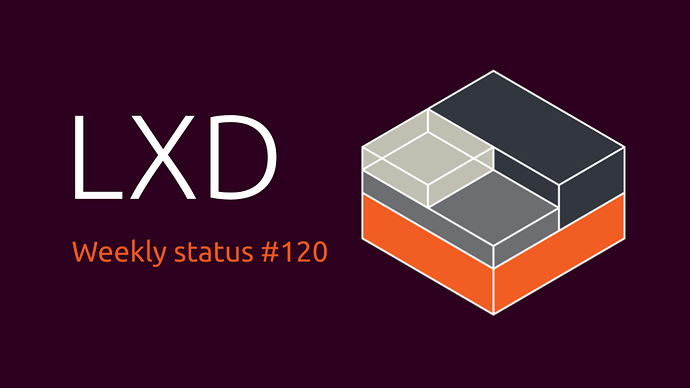 A new feature was added to LXD in the last week that now allows device keys in a container’s config to be used as columns in the output for the lxc list command.

E.g. to show the container name and the parent interface for eth0 in a container’s devices config, run:

Syscall continuation has also been added to the seccomp rules feature in LXD.

Additionally, a crash in the lxc CLI tool when renaming a snapshot but not providing the original parent volume name has been fixed. As well as several areas of code clean up including removing unused API code and improving errors messages.

In LXCFS a bug was fixed that caused invalid btime in ps aux in certain situations.

On the Distrobuilder front, improvements have been made to the filtering system, and the order of the post-unpack action has been changed to be run after package repositories but before additional packages are installed. This avoids having an additional pre-packages action.