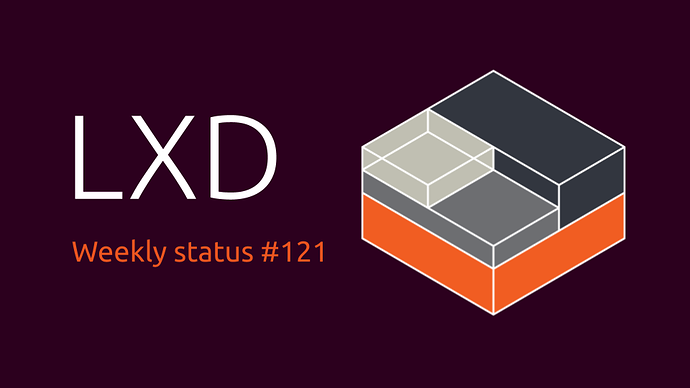 This past week the mount syscall interception has been implemented in LXD’s seccomp feature, and some of the work for restructuring LXD’s storage engine to accommodate virtual machine support has landed. As part of this focus, several storage and migration related bugs have been fixed.

In LXC a security improvement in the apparmor rules was added to prevent writes to /proc/acpi/** and a memory leak in the terminal state was fixed.

On the Distrobuilder side, we’ve released version 1.0 and added support for building Oracle 8 images.

This week @stgraber and @brauner are at the Open Source Summit in Lyon, details of their presentations are below.