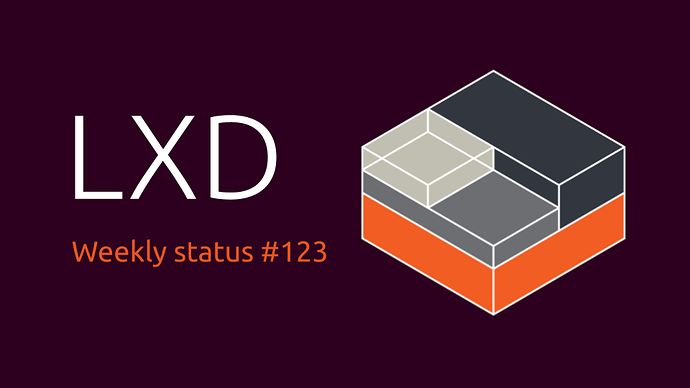 This past week has seen the new LXD storage API merged, along with a working directory driver for it. Other storage drivers will follow shortly.

Also this week we have added the initial implementation of virtual machine support. VM support only uses the new storage API and so at this time VMs can only be created on dir backed storage pools.

Example of creating a VM:

At this time, VM support consists of: