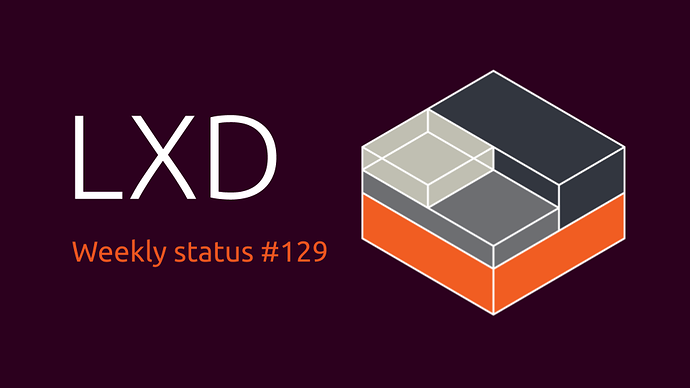 Wishing you a happy new year from the Linux Containers team.

This week’s post is a roll up of the past 3 weeks because the team has been on holiday for the last 2 weeks.

Cgroup2 support for LXD continued with the addition of limit support, as well as a fix for detecting cgroup2 only layouts to work around an issue with portage.

Also related to cgroups, a fix has been added to support I/O limits when using the bfq scheduler.

There were also improvements to the documentation.

On the LXC front, work continues on adding cgroup2 support.

An issue preventing the lxc-checkconfig and lxc-update-config commands from running was fixed.

Finally, the LXC template for busybox was updated to support the latest release.

On the LXCFS front a bug was fixed when running docker containers in the host’s PID namespace that was causing delays due to cgroup traversal.