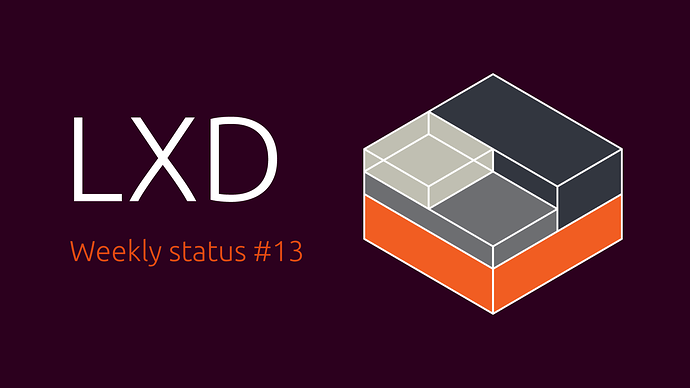 The main focus for this past week has been the preparation for LXC 2.1.
We’ve now issued a call for testing and expect it to release tomorrow (Tuesday).

On the LXD side of things, we’ve been working through bug reports quite a bit, did some internal refactoring and been slowly working our way through our stable branch backlog.

As for the LXD snap, a new lxd-migrate tool has been written which will allow users to move data from an existing LXD installation over to the LXD snap, updating all needed database entries and storage specific data in the process. This is currently only available in the edge channel as we’re still working on manual and automated testing for this feature.

Next week, Christian Brauner (@brauner) and Stéphane Graber (@stgraber) will be in Los Angeles, CA for a number of events:

If you’re attending any of those and want to talk to us, let us know!

Details on what we’ll be doing over there can be found here.