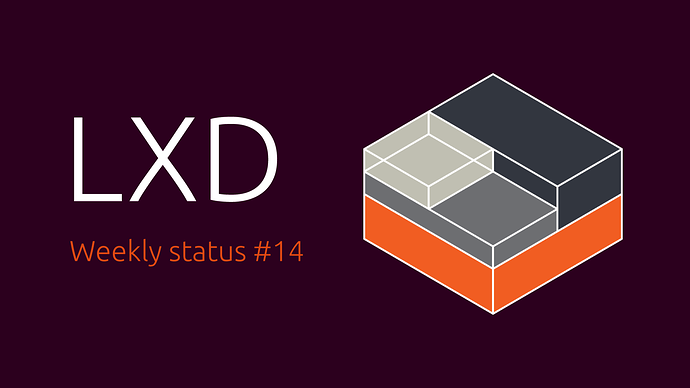 The highlight for this week is the release of LXC 2.1 which is the result of a year and a half of development making up 1528 commits by 96 contributors!

We’ve also been working on LXD performance testing with lxd-benchmark getting expanded to record more data points and log in a format that we can generate statistics from. This is now running daily on our Jenkins.

On the snap front, the “lxd.migrate” tool now supports upgrading from both LXD 2.x and LXD 2.0.x and upgrades to both the latest and 2.0 tracks. It’s also got daily automatic testing and should be at a stage where people can start making use of it.

We’re now focusing on LXD 2.18 to be released next week as well as upcoming stable releases for the LXD, LXC and LXCFS LTS releases.

Christian Brauner (@brauner) and Stéphane Graber (@stgraber) are in Los Angeles, CA this week for a number of events:

If you’re attending any of those and want to talk to us, let us know!

Details on what we’ll be doing over there can be found here.