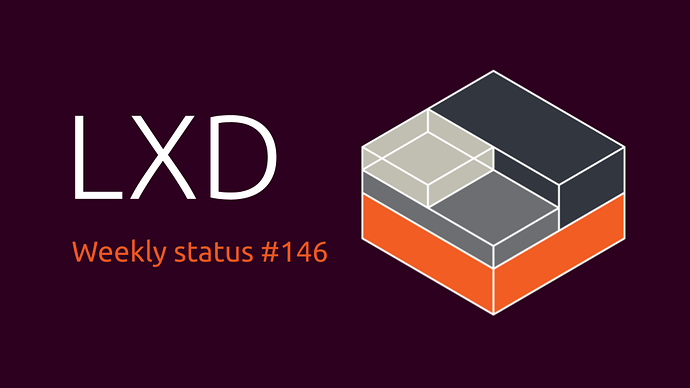 The bulk of the LXD changes this past week continue on from last week’s work on setting storage volume sizes correctly when creating volumes from cached image volumes, migrations and backup restores. These patches deal with several issues that have become more frequent when using virtual machines as the storage volumes created need to be sufficient size to have the source disk images unpacked into them.

Several other storage improvements have been made:

We have also added support for the --expanded flag to the lxc config get command so that you can retrieve individual configuration settings for an instance after expanding the profiles being used. The old behaviour of lxc config get remains unchanged and will continue to return non-expanded config.

The resources API now returns the permanent MAC address of an interface if it can, rather than the user specified one.

Finally for LXD, the database layer has been given a cleanup so that its function names are using a consistent naming convention.

LXCFS has had a fix to the cgroup cpuset value so that if CPUs are limited this is reflected in /sys/devices/system/cpu/online.