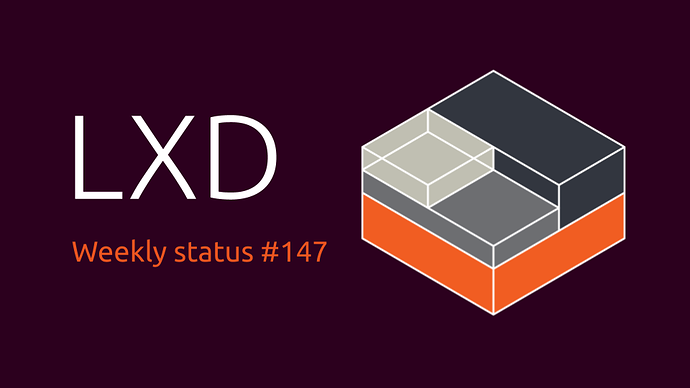 The highlight of the past week was the release of LXD 4.1 which is the first feature release since our 4.0 LTS series.

As such most of the changes that occurred this week are included in the LXD 4.1 release.

We have been focusing on storage layer improvements and database function consistency cleanups.

On the storage front several edge case issues have been fixed:

On the LXC front, a new function userns_exec_mapped_root was introduced to allow executing commands in a user namespace without incurring the overhead of using lxc-usernsexec. And additional compiler hardening options were added.

LXCFS saw a fix for parsing the cpuacct.usage_all cgroup options.