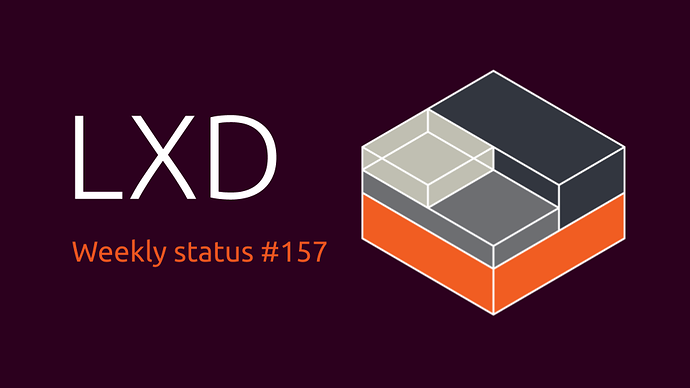 LXD has gained support for graceful shutdown, so now when an LXD shutdown is started, LXD will wait (up to 5 minutes) for any ongoing operations to complete before exiting.

We have also landed the first parts of two new features; firstly AppArmor templates to allow us to apply AppArmor rules to the non-container processes (such as dnsmasq, forkdns, forkproxy and qemu) in the future. Secondly we have added support for a managed network “type” concept, with the intent to add support for adding managed macvlan and SR-IOV type networks in the near future.

The resources API has also seen improvements to the way the storage driver model number is accessed, which now uses udev information if available.

A type mismatch in the cgroup handling code has been fixed.