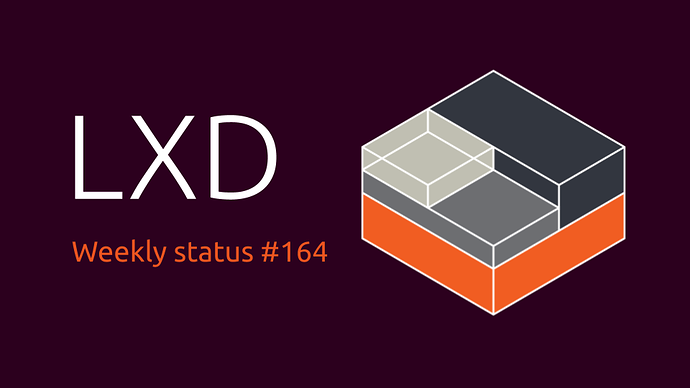 This past week we have continued to work on the OVN networking feature, with the primary focus on improving clustering support so that the same OVN network can be used across LXD nodes (similar to fan networking, but sharing the same layer 2 subnet across nodes).

We have also been adding the groundwork to add project support for networks, so that projects can create their OVN networks. There will be more to follow on this front soon.

The ability to send a unix signal to a non-interactive exec session has been added.

An issue with custom volume snapshots being double-UID-shifted when restored has been fixed, as well as an issue with the fan network incorrectly calculating its IP address when an IP from the underlay subnet was added to a different interface than the main underlay subnet.

A possible LXD crash has been discovered as part of the OVN work and fixed.

A possible null pointer dereference in lxc-attach has been fixed.

Improvements to log messages and a fix to get_min_memlimit on non-glibc systems has been fixed.