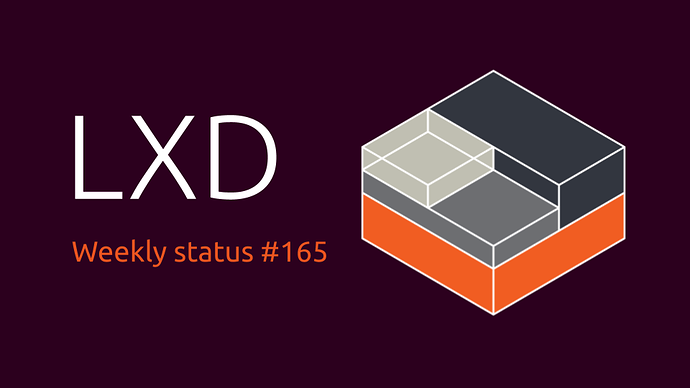 This past week the biggest change was the removal of the requirement for LXD to need a custom version of the SQLite library when communicating with the DQLite database. LXD can now build using an upstream version of SQLite version >= 3.25.0. We have also removed the dependency on the libco library as well.

Our snapshot name validation has also been changed to disallow snapshot names containing the + character. This is because the ZFS file system does not allow them.

An issue that prevented building on kernels without proper bpf headers has been fixed.

On the VM side, an issue that limited the number of Generic Interrupt Controllers available on some ARM64 platforms has been fixed.

The usage help text for the lxc config device and lxc profile commands have been clarified to better reflect the context they are being used in.

LXCFS has gained support for fuse3 in the past week, as well as support for the new fields in /proc/diskstats added in kernel 4.18.