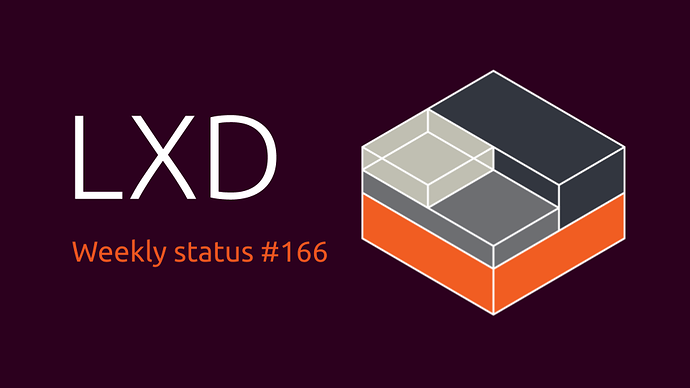 The highlight of the past week was the release of LXD 4.6. Please see the release notes for more information.

On the container front, support for UID/GID unshifting ACL flags on files has been added.

On the VM front, we are now running Qemu with an AppArmor profile for improved security. Also, an issue with VM snapshots on BTRFS causing transferred disk images to be unbootable has been fixed.

Also on the storage front, an issue that prevented creating EXT4 filesystem volumes on non-glibc systems with a recent version of mkfs.ext4 due to argument ordering differences has been fixed.

On the networking front, an fix that we added in LXD 4.5 to skip IPv4 address with a /32 subnet when searching for the address of the node when generating the fan address from the underlay subnet when using fan networking introduced a larger issue when running LXD on GCP as all GCP interfaces use /32 subnets. So we have reverted the fix and now skip IPs on the lo interface (which should also cover the use-case for the original fix).

The recently introduced AppArmor profile for forkproxy was blocking users who use UNIX sockets, this has now been fixed.

On the LXC front, an issue that appeared to make stopping containers fail on systems that don’t have the freezer cgroup has been fixed. And a change was made to lxc-usernsexec that fixes an issue if the setgroups() call fails (which is similar to how it is already handled in the rest of the code base).