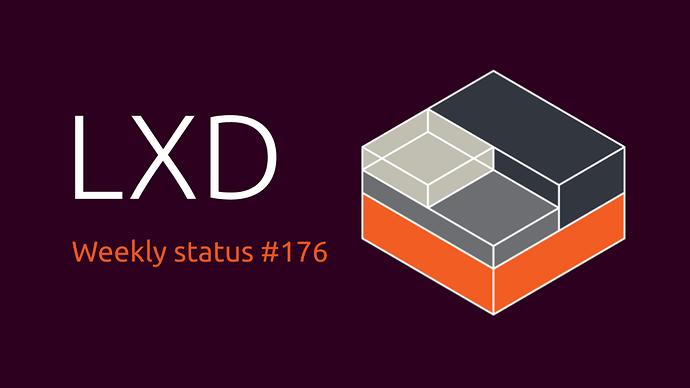 This past week has primarily been focused on bug fixes and code cleanups. However there have also been three new features added.

The new features added to LXD were:

There have also been improvements and bug fixes across the different subsystems of LXD, including: