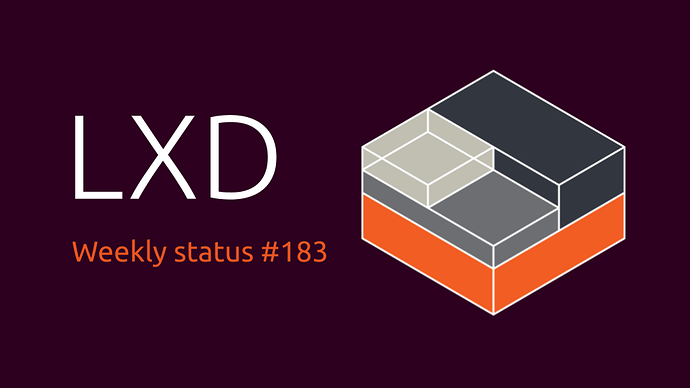 LXD gained support for two new device types for VMs this past week; GPU SR-IOV and PCI. As well as the usual raft of improvements and fixes.

Two new device types; GPU SR-IOV and PCI were added to LXD. Both of these devices are only usable with VM type instances. databaseEndpoint

The recently added bulk state change API for starting/stopping all instances on a host has now been extended to support applying the request to all instances in a cluster.

There were also the following fixes and improvements:

LXC also saw some cgroupv2 and attach improvements this past week. In addition LXC now ensures that /proc and /sys exist inside containers, and if not creates them. This way container images that don’t create them don’t cause issues with programs that expect them to exist.

An issue that was causing lockups of ps u run inside a LXD container was fixed by ensuring the lock on proc_cpuview was released.