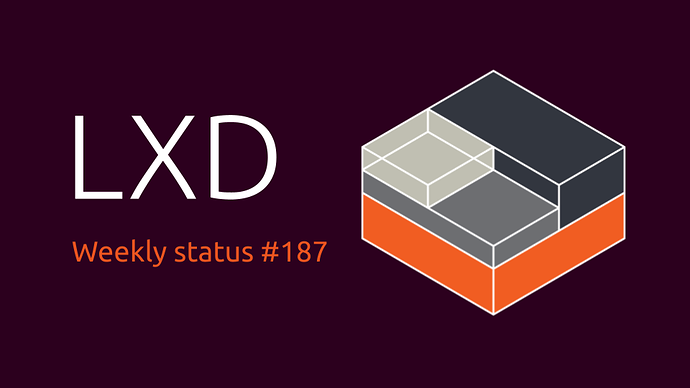 This past week was primarily a bug fix and improvement week, however LXD did get two new project related features available in the CLI.

Following on from last week’s feature to support assigning one or more projects to a trusted client certificate, with the effect of restricting that client certificate to the equivalent of the operator role on those projects, and denying access to any other projects, we have now added support for using those options with lxc config trust add command using the --restricted and --projects flags.

We have also continued converting our API documentation to automated builds using swagger.

The following bugs were fixed:

We have continued our work on cgroup hardening using file description only container attaching.

This has been fixed by renaming all network interfaces to a random name as they are moved into the container, and then renamed to the desired name after that.

An issue that was preventing Oracle and CentOS image builds (introduced by https://github.com/lxc/distrobuilder/commit/c429f89ec113ad226ae2294e5a8a0938a45caf49) has been fixed. In addition the Oracle images now have /bin symlinked to /usr/bin if missing.

Finally the source for Void Linux checksums has been updated.