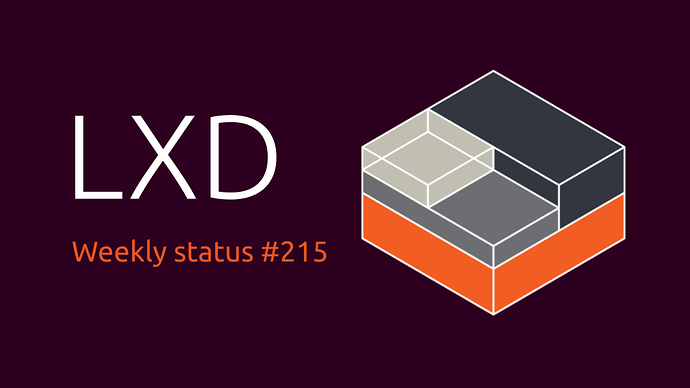 With several members of the team away this past week it was been relatively quiet. However there have still been several bug fixes, and @stgraber has added two video tutorials; Running Docker inside of a LXD container, and Using LXD from Windows.

In addition to those, the initial implementation of the LXD charm (along with a new section for tracking future changes) has been added. So far the charm supports standalone LXD servers only but this will be expanded in the future with support for clustering.

Also the LXD LTS 4.0 snap package is due to be switched to the core20 underlying base package on the 14th September. The LTS feature snap channel has been using this base package for several months now and several issues were fixed during its initial rollout.