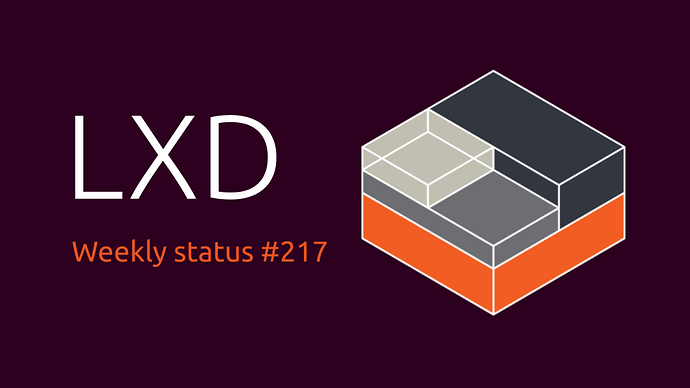 This past week LXD has gained a Prometheus compatible metrics exporter , which is one of our roadmap items. As well as the usual mix of improvements and fixes across several subsystems.

In addition to that Distrobuilder gained extended templating support, although its worth pointing out that this has broken backward compatibility with some keys.