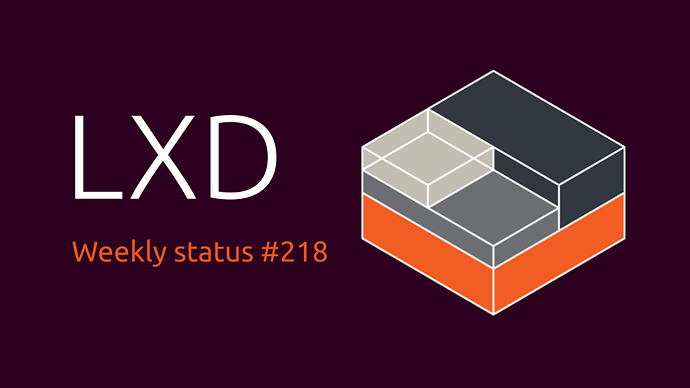 The highlight of the past week was the release of LXD 4.19 which includes the new Prometheus metrics exporter feature from our roadmap. For more information please see the release notes and the release video.

This past week we have added support custom block volume export and container core scheduling. There has also been a focus on improving the clustering reliability and LXD shutdown sequence to fix some intermittent issues seen in our test suite.