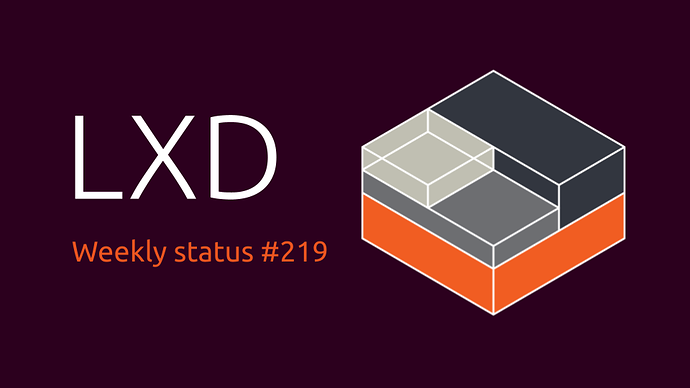 This week we have added core scheduling support for VMs, and have merged a slew of improvements and bug fixes, with a focus on improving stability of clustering tests, as well as fixes to the recently released metrics exporter and some changes to the way we mount ZFS volumes to be more reliable when operating inside the snap package.

And @stgraber has also produced a video on using cloud-init with LXD. It was attempted to remove the NoNewPrivileges=no from the systemd generator as it was thought that this wouldn’t be needed any more. However it was reverted shortly afterwards as some images do still require it on certain kernels.